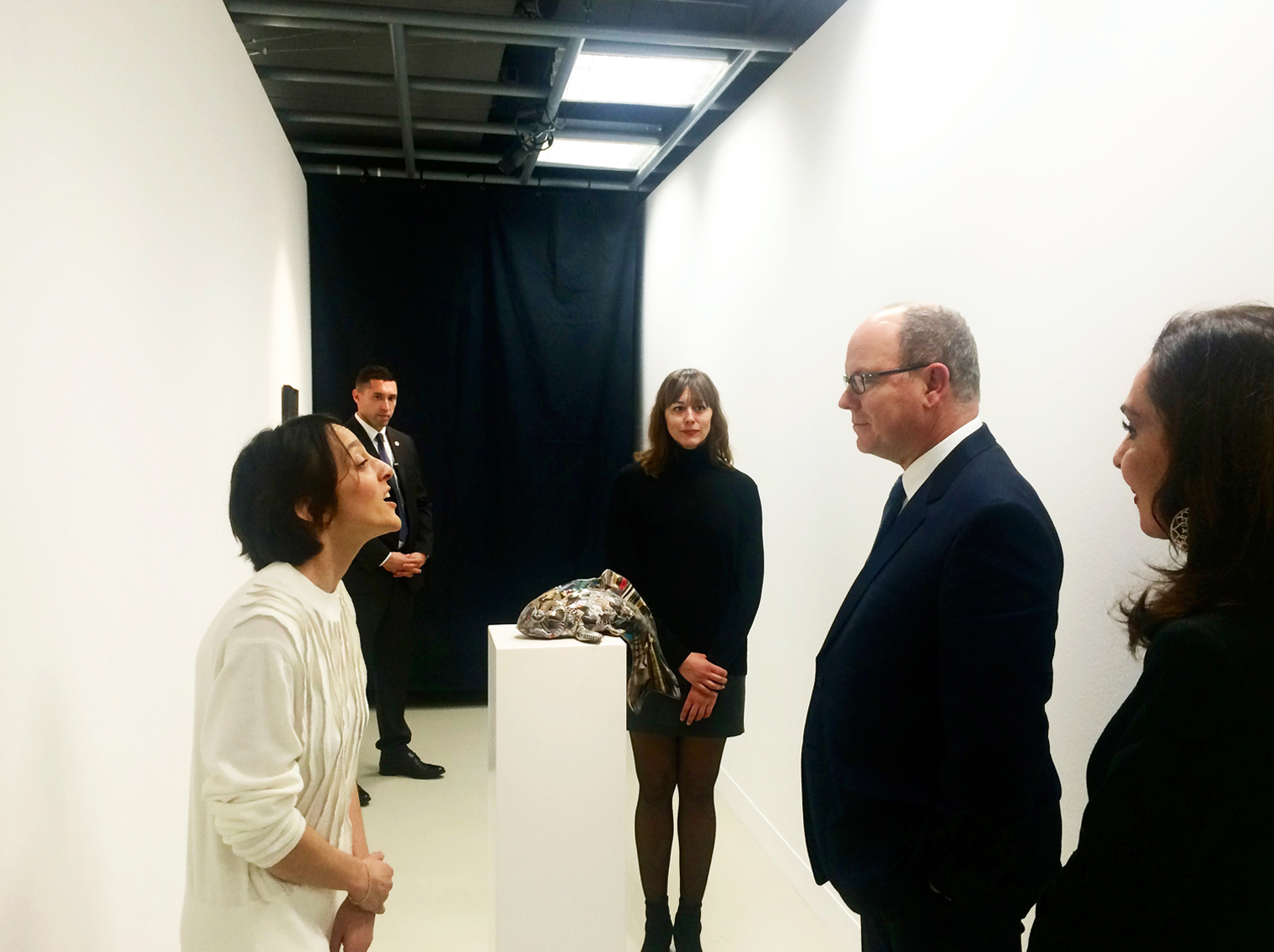 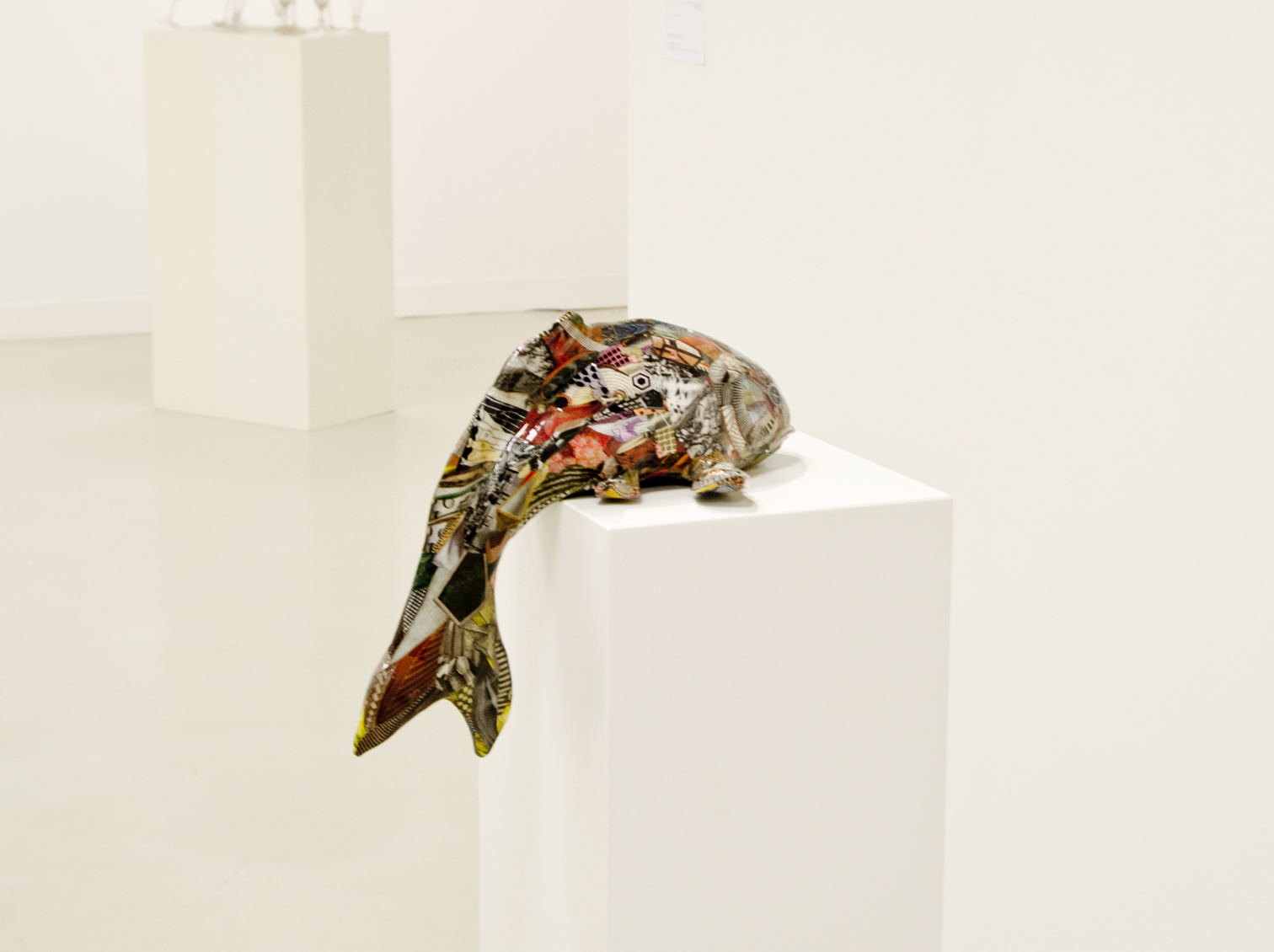 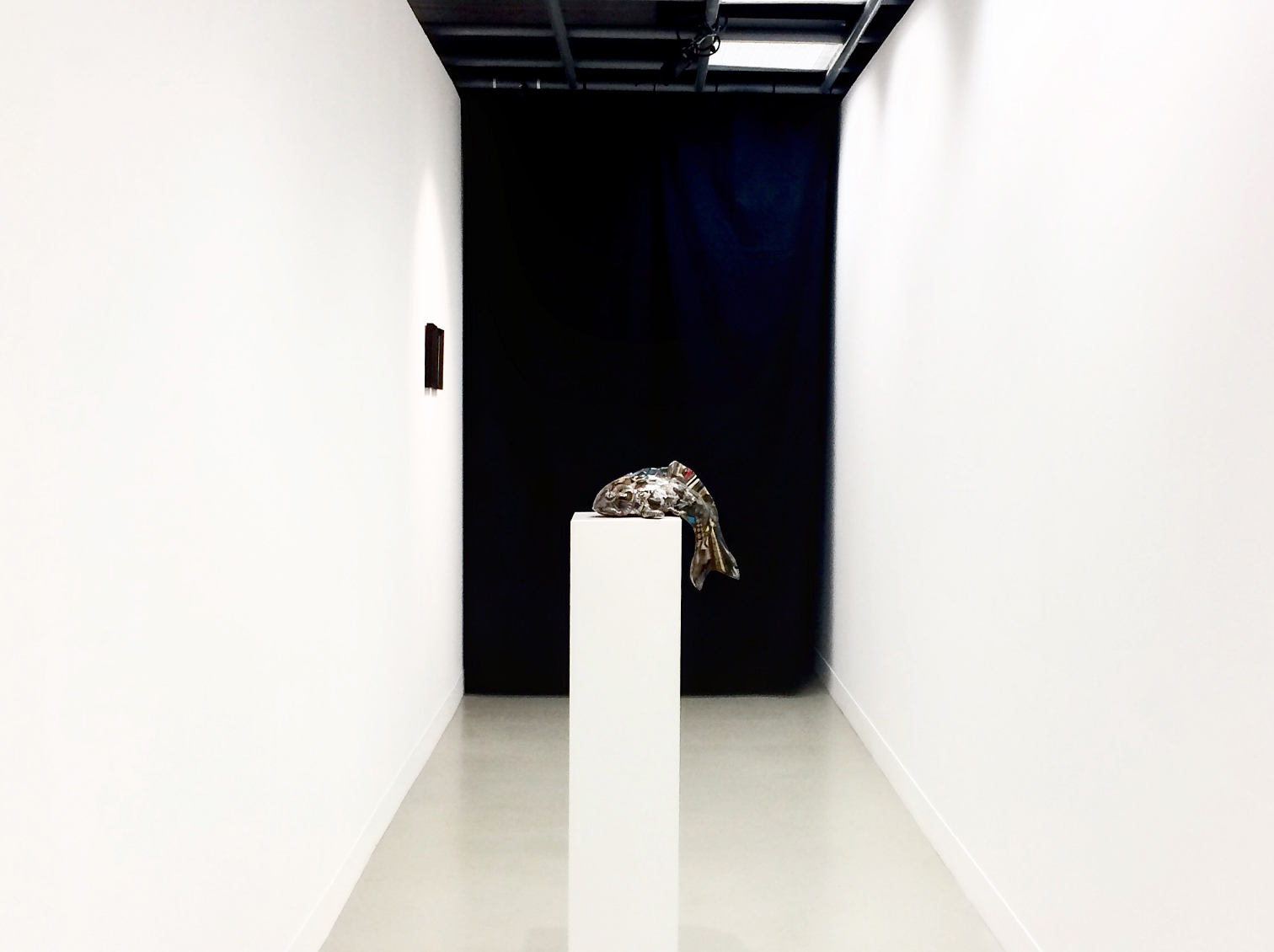 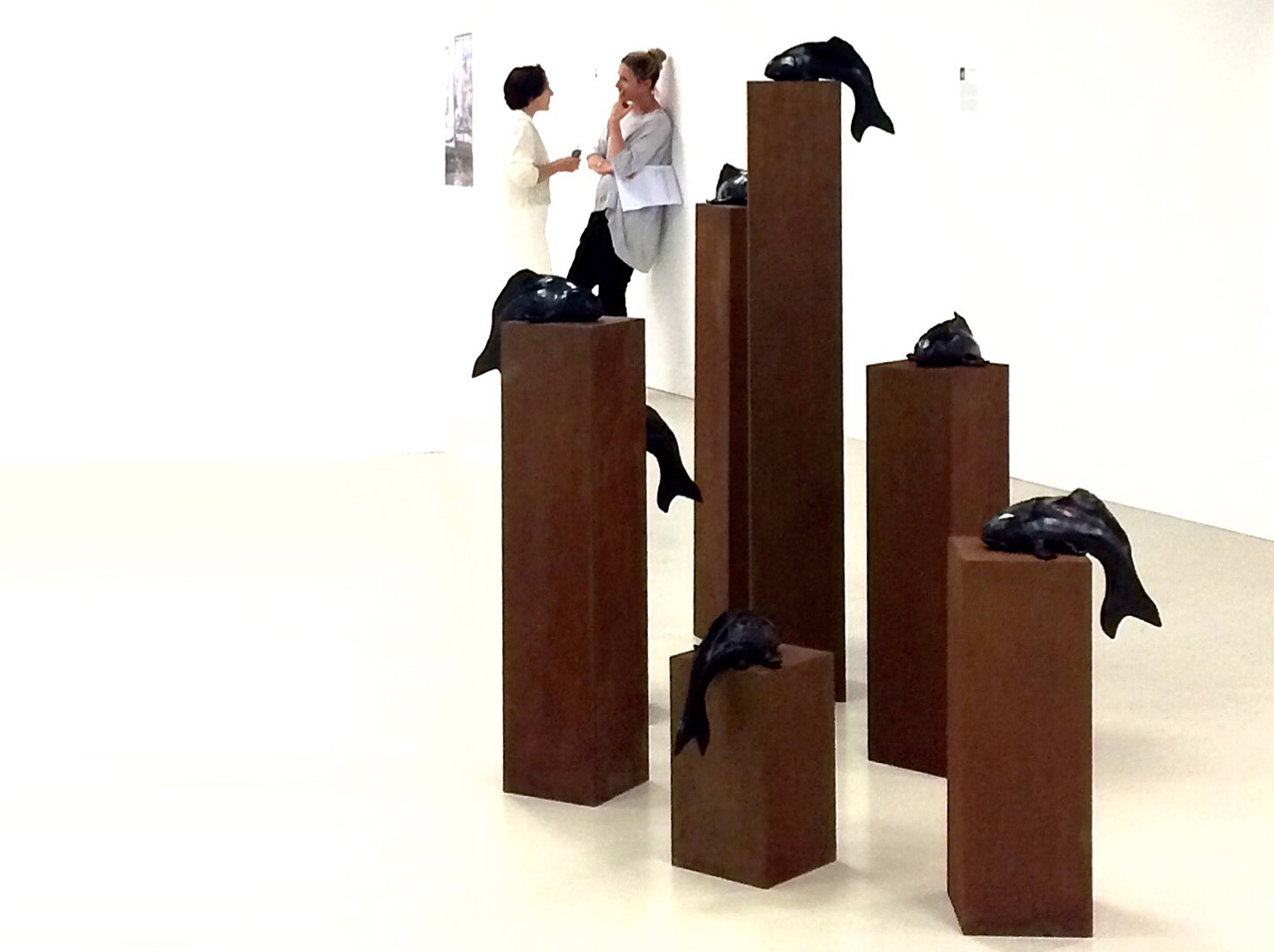 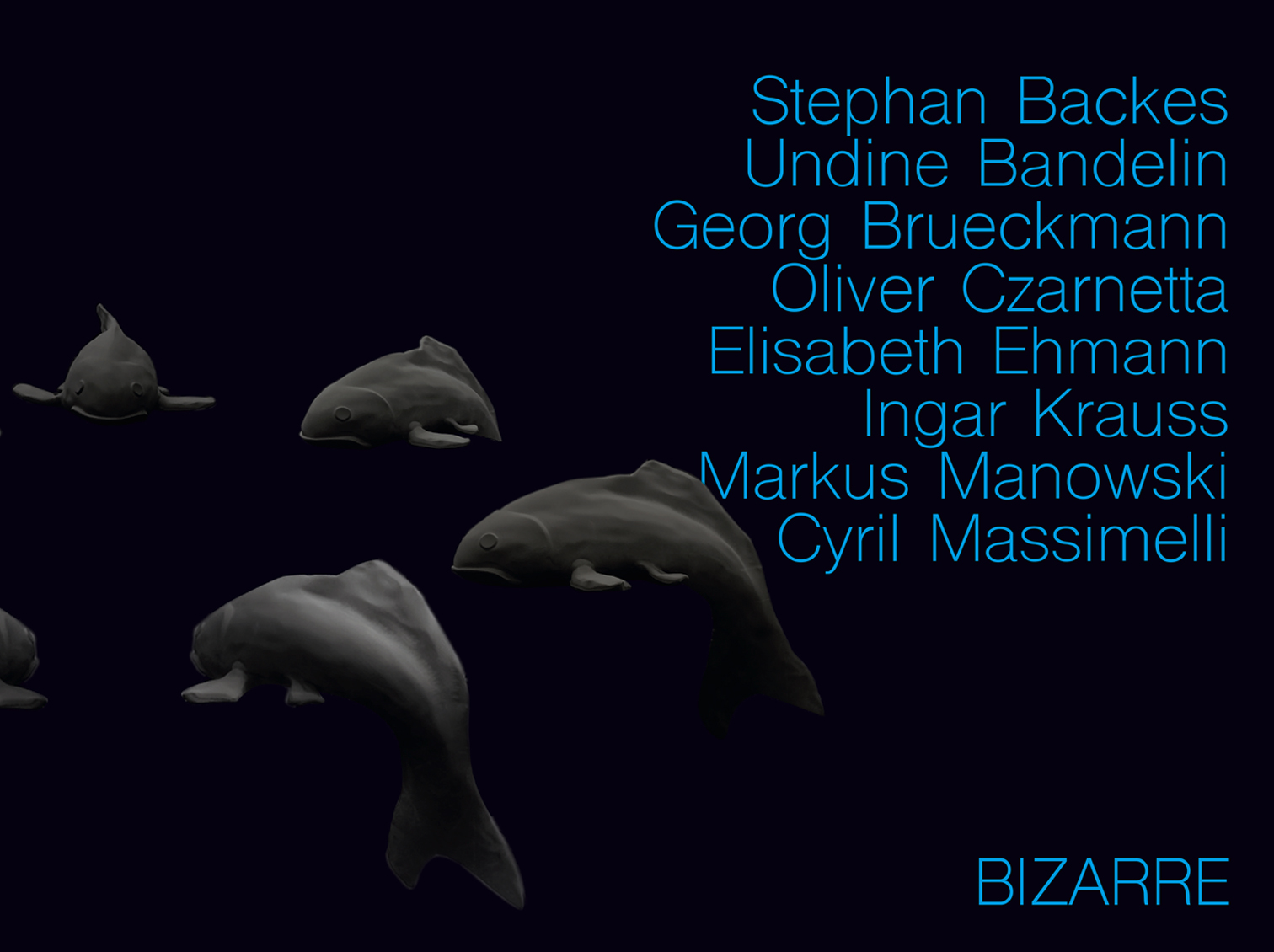 Installation view: BIZARRE!!
art: ‘the messenger I’ / ‘meet me at the center stage’

The National Monegasque Committee for the Visual arts – A.I.A.P with the UNESCO, has kindly invited German artists as honoured guests of their annual exhibition in the principality of Monaco.

For the salon 2016, we are pleased to present the work of eight artists, living and working in Germany and out of which a certain route has been privileged: two highly renown cities in the field of arts, Berlin and Leipzig. Although independently curated, as a parallel to the Monegasque presentation, we have chosen to follow the theme Bizarre initiated by the A.I.A.P. We were both inspired by the theme and interested in exploring a respective angle aligned with the entirety of the exhibition.

When we stand back for a moment and reflect on our daily actions, everything becomes Bizarre!

When we abstractly concentrate on a single word, repeating it, it suddenly becomes utterly Bizarre!

And what could better define our world, this encrypted reality?

Several mediums and languages are explored in the Salon 2016, through attempts to grasp the strange in its diverse nuances and sequences.

As many attempts to grasp the strange.

Seeping into strange atmospheres, recovering the origin of that feeling, grasping a sense of uncanniness. The etymology of the word bizarre is coincidentally murky.

The exhibition, with no mean to trace back the origin and the emergence of its title, seems to grasp, with each artist, fragments of this very wide conception. What refers to bizarre undoubtedly is in relation to the process of perception. Some sensationally strange occurrences which can be perceived through the violence of contrast, incongruity, or the association of both.

Elisabeth Ehmann erects elegant sculptures where a plethora of images and the attention to detail tend to give a sense of a mannerist gesture. Very aesthetic and sleek, varnished and embellished, the works of Ehmann are sensual detractions. By pointing out the very corporeality of excess, Ehmann acts directly against consumption but also prevents the decadence of ephemeral effects, praising their material quality. The complex and colourful compositions resemble some encrypted grotesque motifs which often confer unease besides their aesthetic value.